The Arkansas state flag incorporates several symbols which reveal “the Wonder State’s” origin, history and character. The Arkansas flag consists of a red field charged with a blue-bordered white diamond. Twenty-five white stars highlight the border of the diamond denoting Arkansas’ entrance into the union as the 25th state. The diamond signifies the state’s diamond bearing ability and the blue stars within the diamond signify the three nations to which Arkansas has belonged (U.S., France and Spain). The Louisiana Purchase brought Arkansas into the union in 1803.The blue star above the word Arkansas pays tribute to the Confederate States of America. 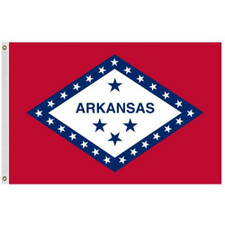 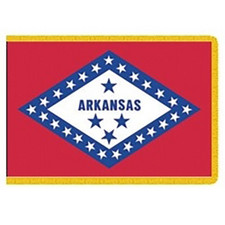 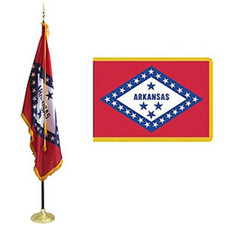 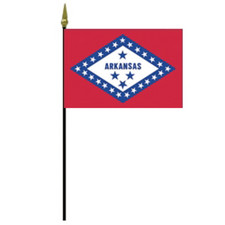 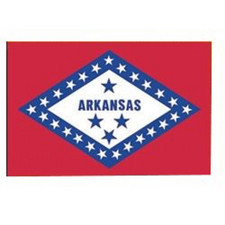