The New Mexico State flag features a meaningful design which recognizes the people and origins of the “Land of Enchantment”. The New Mexico flag displays a red sun with four groups of four rays stretching from it. The symbol is the ancient representation of the sun by the Zia, a Native American people who now reside at Zia Pueblo, a reservation 35 miles north of Albuquerque. The Zia believe the giver of all good gave gifts in groups of four: four seasons, four directions, four times of day and four cycles of life. The colors, red and gold, reflect the colors of Queen Isabella brought to New Mexico by Spanish Conquistadors. The New Mexico Flag was designed by archeologist Dr. Harry Mera and adopted in 1925. 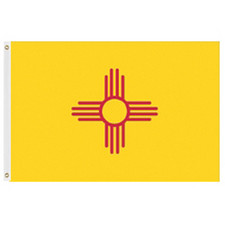 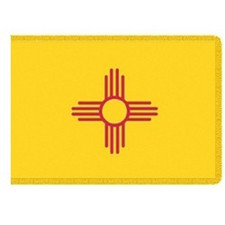 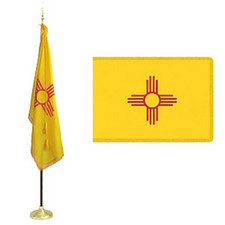 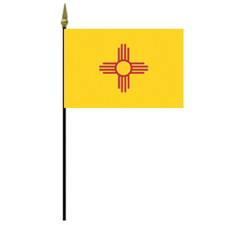 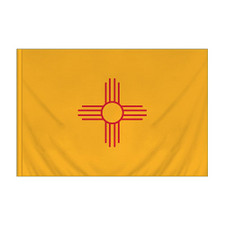