The New Hampshire State flag proudly celebrates the spirit, fight and industry of the “Granite State”. New Hampshire was the first colony to establish a government independent of Great Britain. The New Hampshire flag pictures the State Seal of New Hampshire surrounded by laurel leaves and nine stars on a dark blue field. The Seal depicts the frigate USSRaleigh in the foreground as the sun rises on the Atlantic Ocean. The USS Raleigh, built in the coastal town of Portsmouth, N. H., was one of the original thirteen ships the Continental Congress commissioned to establish America’s new navy in 1776. 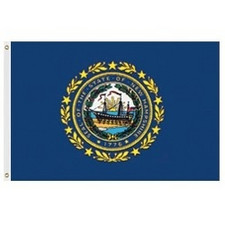 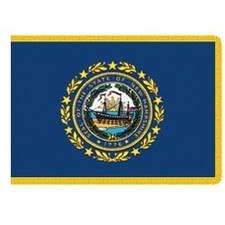 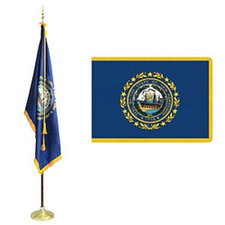 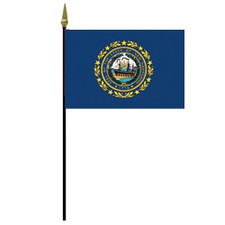 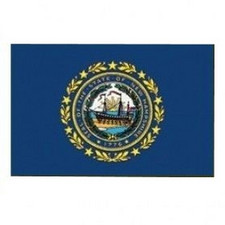