The Utah state flag illustrates the ideals of and commitment to the Union in the “Land of the Saints”. The Utah flag features the Utah State Seal in a navy blue field. The Seal displays the Utah state emblem, a beehive, at its center with sego lilies, and symbol of peace and the official Utah state flower, growing on each side. The Utah State motto: “Industry”, signifies the steady effort of Utah citizens and appears above the beehive. Two American flags signify Utah’s support for the Union while an outstretched bald eagle symbolizes protection in both war and peace. 1847 commemorates the year Brigham Young led pioneers to Salt Lake Valley to re-establish Utah and the Church of Jesus Christ of Latter-day Saints. 1847 is also the year Utah gained admission into the Union. 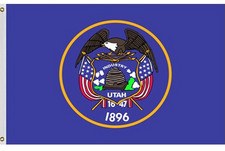 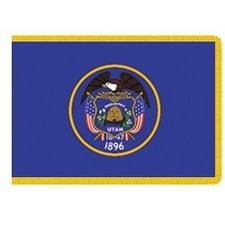 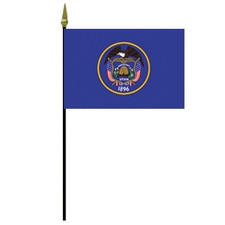 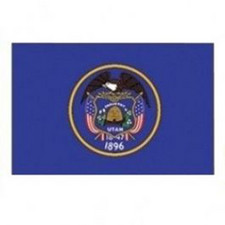