The Nevada State flag emphasizes the unique character and the abundant mineral resources of the “Silver State”. The flag echoes its fidelity to the nation with the Nevada state motto: “All for Our Country”. The Nevada flag features a solid, cobalt blue background. The canton contains two sagebrush branches encircling a silver star. The Star denotes the abundance of minerals like gold and silver found in the state. Silver is Nevada’s official state mineral. The words “Battle Born” appear on a gold scroll above the star and signify that Nevada was admitted to the Union during the Civil War. West Virginia is the only state that shares this distinction. The word Nevada, derived from the Spanish meaning “snow-capped”, appears below the star. Louis Shellback II designed the flag in 1926. 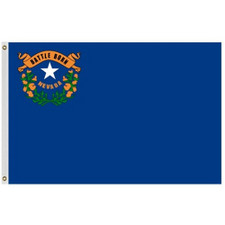 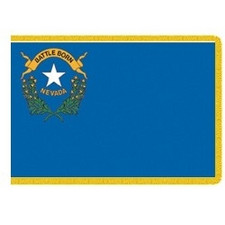 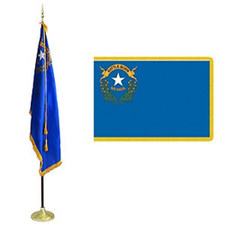 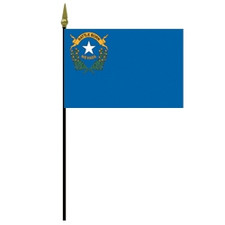 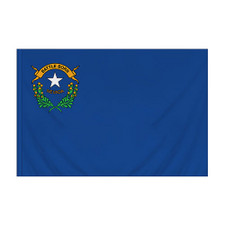