The District of Columbia flag pays homage to the nation’s first President, George Washington. Based on Washington’s family coat-of-arms, the D.C. flag displays three red stars above two solid red lines on a field of white. The flag was designed by graphic designer Charles Dunn and was chosen from a public competition in 1921. Some have noted that the red stars also reflect the District’s unique status as a one of only three cities in the world that are also sovereign entities. The others two cities are the City of London and Vatican City. 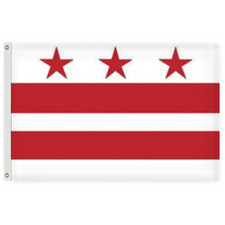 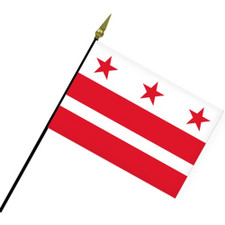 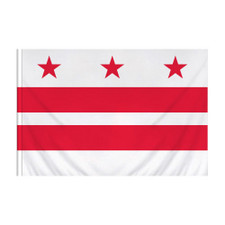