The North Dakota State flag honors the efforts of the “Roughrider state’s” soldiers in the early 1900s. The North Dakota flag is an almost exact replica of flag carried by the state’s troops during the Spanish-American War and the Philippine Insurrection. The North Dakota flags consist of a dark blue field with an American bald eagle at its center. The eagle’s head turns to the right, a symbol of good will, as it holds a red ribbon which translated from Latin reads, “Out of many, one”. The eagle’s talon clutch both olive branches and arrows of war to signify peace with the ability to defend one’s rights. Thirteen stars above the eagle’s head represent the thirteen colonies. A banner below the eagle contains the words North Dakota. 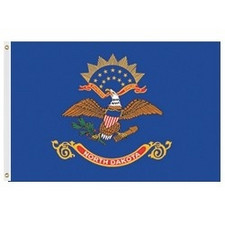 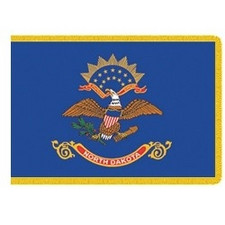 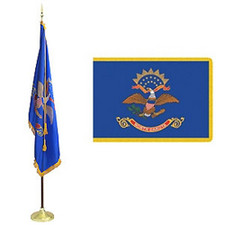 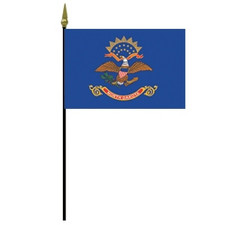 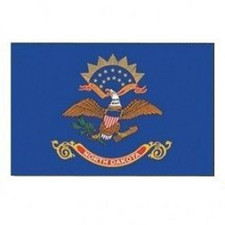