The Delaware State Flag recalls America’s earliest days. Adopted in 1913, the Delaware flag has a colonial blue field around a buff colored diamond. Delaware’s coat of arms is set within the diamond and depicts early occupational symbols for shipping, farming, hunting and cattle ranching. The words “Liberty and Justice” appear on the banner below a soldier and farmer, and recognize the contributions of the state’s farmers as well as those of the soldiers of the Revolutionary War. The colonial blue background is said to match the color of George Washington’s uniform. December 7, 1787, written below the diamond, signifies the date Delaware ratified the Constitution, becoming the first state in the Union. 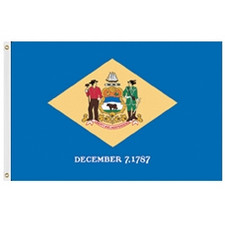 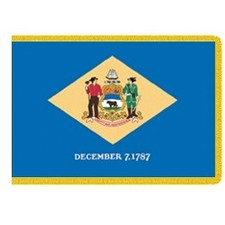 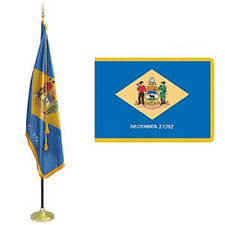 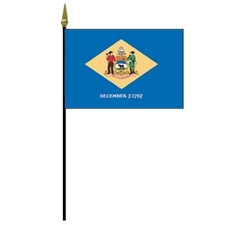 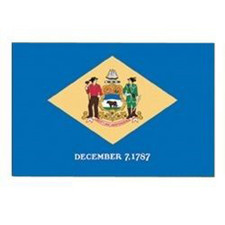