The Connecticut state flag connects the motto of “the Constitution state” and its history. The Connecticut flag displays a white shield in the center of an azure blue background. A ribbon below the shield reads “He who transplanted, still sustains,” in Latin. Taken from the 80th psalm of the Bible, this phrase serves as the state motto. The shield also features three grapevines symbolizing the first European settlements. These three settlements combined to form the state. The Connecticut flag was inspired by a memorial of the Connecticut chapter of the Daughters of the American Revolution. 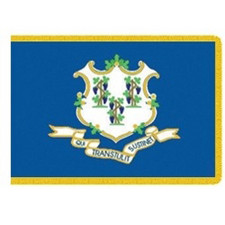 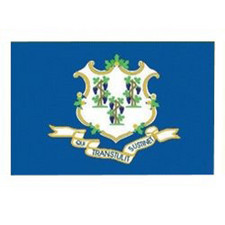