Italy flags feature three equally-sized panes of green, white and red. The current flag has been utilized since 1946 and was officially and formally adopted on January 1, 1948. The flag was initially put in place by the Cispandane Republic which deposed Milan after Napoleon victoriously crossed Italy in in 1796. The colors have come to symbolize different things. Some say the green represents the plains and hills of the country; white the snow-capped Alps; and red the blood spilt during the wars for Italian independence. A more religious view holds that green symbolizes hope; white reflects faith, while red denotes charity. Italy’s flag is often referred to as il Triclore in reference to the three colors. 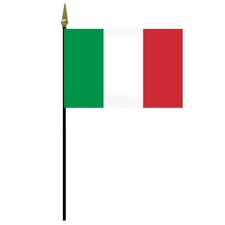 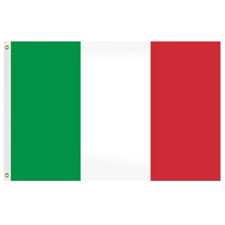